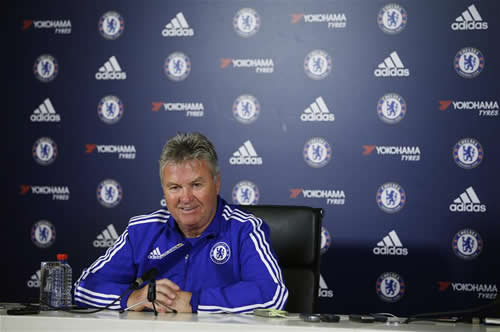 Former Chelsea head coach Guus Hiddink has put himself forward as a potential new boss of England, according to reports.

The Dutchman is currently a free agent after ending his second spell with Chelsea last month and is keen to speak with The FA.

There were suggestions he could resume managerial duties with Russia, but he has seemingly turned down any advances with eyes set on the Three Lions job.

Retirement had been one option for Hiddink, but according to the Times he is now actively seeking talks with the FA over the vacant England managerial post.

Roy Hodgson's immediate resignation after England's humiliating Euro 2016 exit at the hands of Iceland means they are now looking for their sixth permanent coach since 2000.

England have only appointed two foreign coaches - Sven-Goran Eriksson and Fabio Capello - since playing their first international in 1872.

Ashworth, though preferring an English coach, is said to be willing to go down the international route with one clause: he will need to have spent time working in the country.

The former PSV and Real Madrid manager fits that profile and is seen as a "inspirational figure" with international pedigree having managed five national teams - the Netherlands, South Korea, Australia, Russia and Turkey - with varying degrees of success.

Hiddink, who turns 70 this November, will pitch himself as a stabilising influence and will offer his services for the next two years stepping down after World Cup 2018 in Russia.

During that period, according to The Times, he plans to "groom a successor" - preferably an English coach - with a view to being replaced at the end of his tenure.