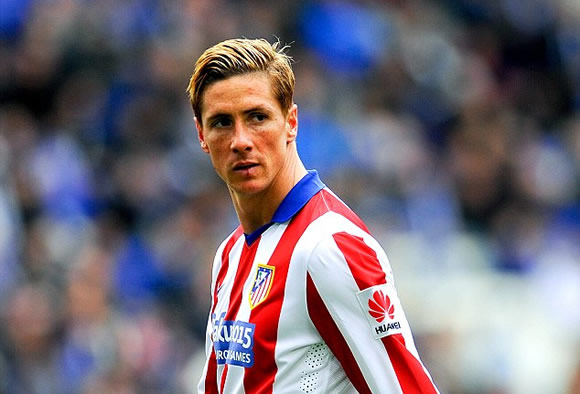 Fernando Torres says he is not thinking about his omission from Spain's provisional 25-man squad for Euro 2016 with the Champions League final on the horizon.

Torres has been in great form for Atletico Madrid this season, netting 11 goals in La Liga, but it wasn't enough to impress Vicente Del Bosque, who left a number of big names out.

The 32-year-old had admitted he was keen to play a part in La Roja's defence of the European Championship, but insists he has bigger things to think about right now.

"I'm not worried about the Euro, I've got the biggest game of my life to play," he said.

"We are facing an opportunity that life does not give you many times.

"The growth of this club, to reach two finals in three years, was unimaginable, but we are facing a new chapter in our history and we must write it with a happy ending.

"Atleti face city-rivals Real at Milan's Stadio Giuseppe Meazza on May 28 in a repeat of the showpiece from two years ago when Los Blancos prevailed to win La Decima, but El Nino insists the opposition doesn't change their preparation.

"The opponent in a final is not important, what matters is the result and is the only thing that is going to stay in people's heads," he continued.

"We see an opportunity to do something that has never been done.

"There is obviously a rivalry with Real Madrid but that changes in Europe, the games from before count for nothing."